New mothers are actively encouraged to breastfeed their children by the medical community, and for good reason; it has health benefits for both mother and baby. But there can also be some negative effects of breastfeeding that mums should be aware of.

Toxins which have been linked to numerous health and developmental issues are found in the food chain and have even been detected in the breastmilk of nursing mothersPublic domain image from Pixabay.

The NHS advises that breastfeeding helps a baby’s immune system to develop, reduces the risk of allergies, and can even reduce the risk of obesity and cardiovascular disease in adulthood1. But can the same mechanism that provides a baby with many benefits also do them harm? A team of scientists tested the breast milk of 100 women in Spain to determine the levels of three toxins, mercury, cadmium and lead, contained in the milk that they were feeding to their babies1. They found that the average level of both lead and cadmium in the milk was higher than recommendations by the World Health Organisation- in lead’s case by more than three times. Other studies conducted throughout the world2 have similarly detected notable levels of heavy metal toxins in milk such as arsenic, cadmium, lead and mercury, which enter our bodies via the air we breathe and the food we eat.

These toxins are all associated with negative health effects, such as cancers and organ failure. Being heavy metals, they occur naturally in the Earth’s crust and are released to the environment through volcanic eruptions, mineral deposits and the breakdown of rock into soils. From here, they can interact with the environment and enter the food chain. Arsenic concentrates in rice and fish as well as water, while lead is abundant in the environment and found in foods such as grains, vegetables and cereals. Methylmercury, mercury’s most toxic form, is produced by aquatic bacteria which are then eaten by other aquatic animals such as fish and shellfish.

As well as coming from environmental sources, heavy metals are also used in some fertiliser production methods. The frequent addition of these toxins to agricultural soil leads to it becoming saturated, and the crops grown in it to become more contaminated3. Other industrial processes are also at fault. Cadmium has been used in the manufacture of batteries, plastics and dyes and finds its way into the food chain through industrially-contaminated soil or water, or by settling out of the air, polluting crops such as potatoes, tobacco and cereals in the process. Because it builds up in organs, especially the kidneys, offal from animals that have grazed on contaminated crops is also a high source of cadmium in the diet.

Once contaminated foods have been eaten, some of the toxins they carry are stored in our body tissues, bones, and organs such as the kidneys, while the rest leaves our bodies via fluids such as urine and, in new mums, breastmilk – bad news for babies. Just as a build up of these metals in our systems can lead to problems, they can also cause mental and physical development problems in infants, who are particularly vulnerable to toxins because their bones, organs and nervous system are still growing and developing. Exposure to some heavy metals during childhood has even been linked to the development of cancers later on in life. 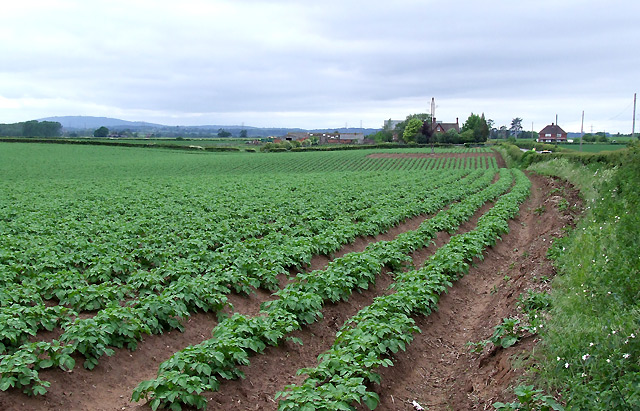 The use of heavy metals in fertiliser production causes crops such as potatoes to contain undesirable levels of toxins.Image copyright Roger Kidd used under a CC BY-SA 2.0 Licence from Geograph.

Does this mean that women should shun advice to breastfeed their babies and move to formula-feeding instead? Absolutely not- the benefits of breastfeeding far outweigh the risks posed by passing on these heavy metals through the milk, and as they can be present in water, formula-feeding does not prevent babies from consuming the toxins. Some studies have even found that formula can contain higher levels of arsenic due to the water used to make it than breast milk does. Furthermore, a baby does not only receive nutrients from its mother via breastfeeding but all throughout the pregnancy.

A better approach to reduce infant exposure is to try and minimise the mother’s exposure after, during, and even before pregnancy. This is most easily done by avoiding certain foods. It is already well known that eating too much fish can lead to a build-up of mercury in the body, but shellfish and offal should also be avoided while pregnant and breastfeeding.

Vegetables, legumes and cereals, which are relatively high in cadmium and lead, obviously come with many nutritional benefits and are harder to avoid, but simply eating a varied diet can help to reduce exposure. There is some evidence that taking calcium supplements can reduce the amount of lead being passed into breast milk, although this remains unconfirmed.

It is also important for women to avoid smoking not just during pregnancy but also while breastfeeding, as tobacco is a high source of cadmium and the studies suggest that this action alone has a large impact on increasing the concentration of this toxin in milk.

More and more research is being conducted into the impacts that heavy metal toxins and other pollutants have on our lives and our health. As our understanding improves we must rely on government organisations such as the Food Standards Agency to take action to minimise the toxins that make their way into our food supplies and potentially cause harm to ourselves and our children.

Arguably, the most important thing we can all do to reduce our long-term exposure is to petition the government to better regulate the industries responsible for contamination of our food sources. In the meantime, it is worth being aware of the main ways these toxins enter our bodies so that we can all try to minimise our exposure to them.

« The Brazil Nut: A coveted holiday treat, a nutritious superfood or a canary in the mine of climate change?
How salmon get into trees »