Home › Blog › Cattle in the Amazon: A hidden opportunity?

Cattle in the Amazon: A hidden opportunity?

This post was first published on the Kew Science Blog. 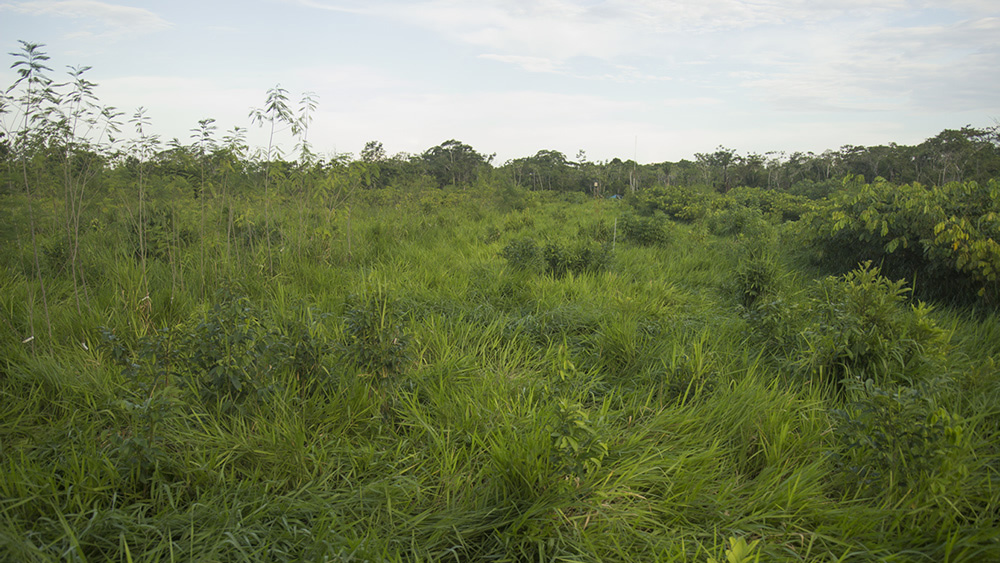 January 2018, the site one year after planting.

Good news! The 4,500 trees we planted in January 2017 have survived their first scorching Amazon dry season and many have grown to over four metres tall. These trees represent the start of a Kew project into the potential benefits of trees in cattle pastures in Peru. Over 30 million hectares of Amazon rainforest has been replaced by grasslands in the Amazon. Poor management practices have resulted in the rapid degradation and desertification of this once productive area. Planting trees in pastures (a practice called silvopastoral farming) could mean recovering huge amounts of land for production and reducing the need for further clearing of forests. This 2.7-hectare experiment hopes to revolutionize the way cattle farmers view trees by demonstrating how planting trees can offer them a whole host of benefits. 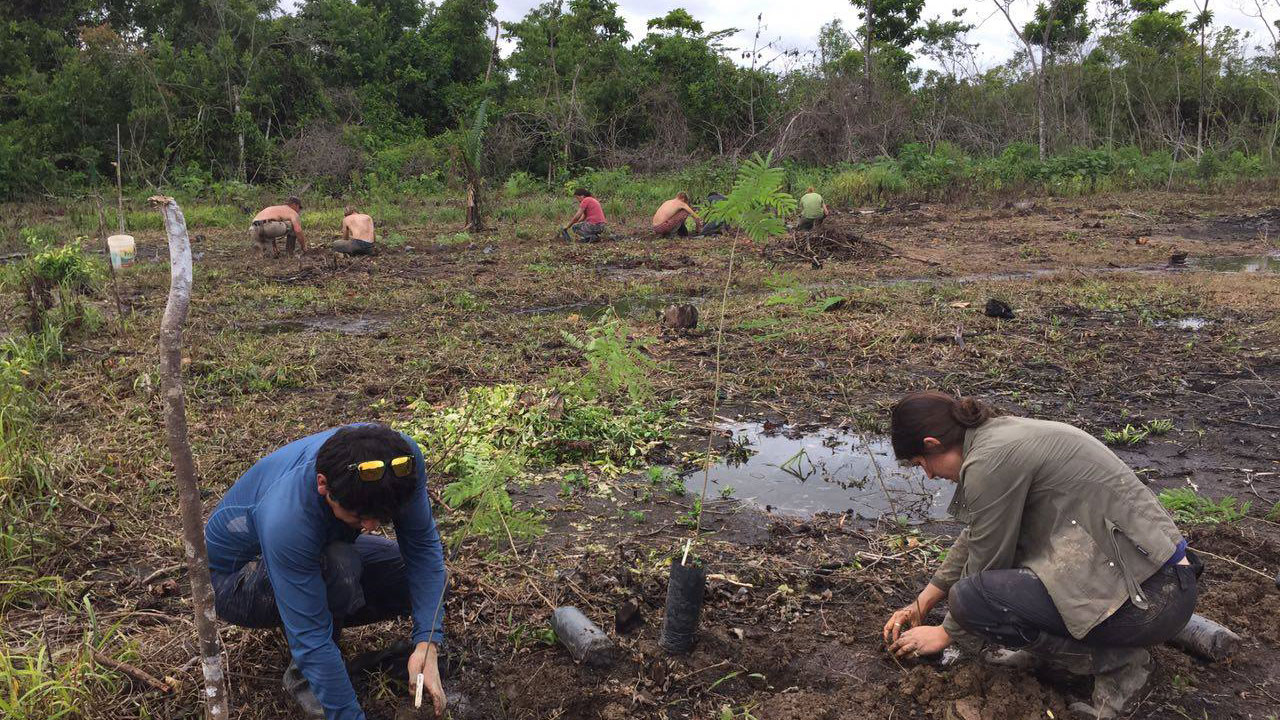 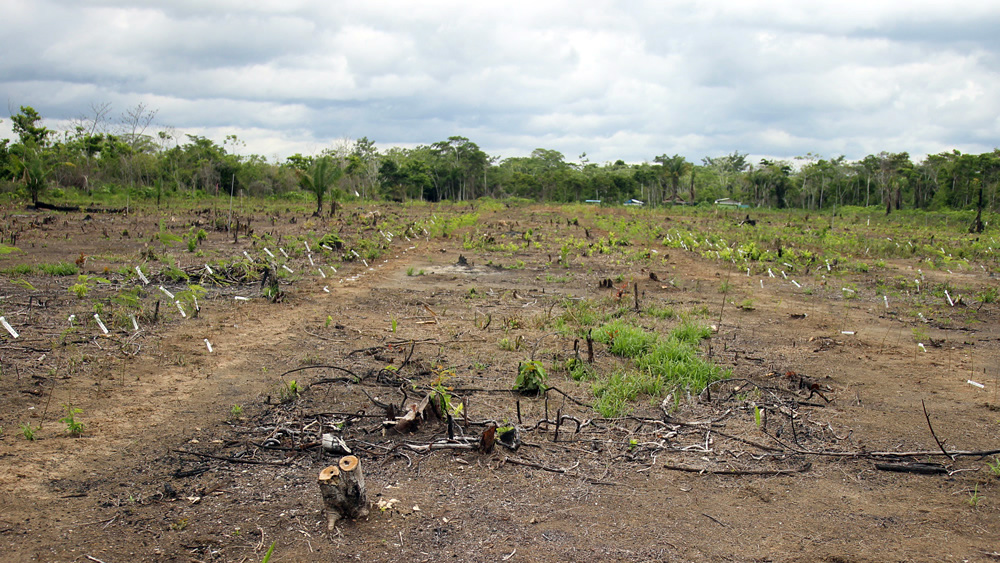 The benefits of trees in cattle ranches

The majority of the cattle ranchers in the Amazon plant invasive African grasses to graze their animals. Looking out towards the horizon across these vast grasslands, there are so few trees it is easy to forget that cattle can eat trees too. Yet in other parts of the world, trees are highly valued by cattle ranchers. Trees can be used as ‘living fences’ that lower fencing costs, provide shade for animals, increase the lifespan of the grasses growing around them and produce an additional source of food for the cattle, which can be particularly valuable in times of drought.

There are many promising candidate trees to include in cattle farms. One tree species is proving to be a ‘miracle tree’; Inga edulis. This is a common tree across the Amazon; it is fast growing and has been used successfully in other agroforestry systems to increase the productivity of crops. It is also very good at restoring degraded pastures as it can compensate for a lack of nutrients by absorbing nitrogen from the atmosphere and releasing it into the soil. Inga also produces a rich litter of leaves that help fertilise surrounding plants. 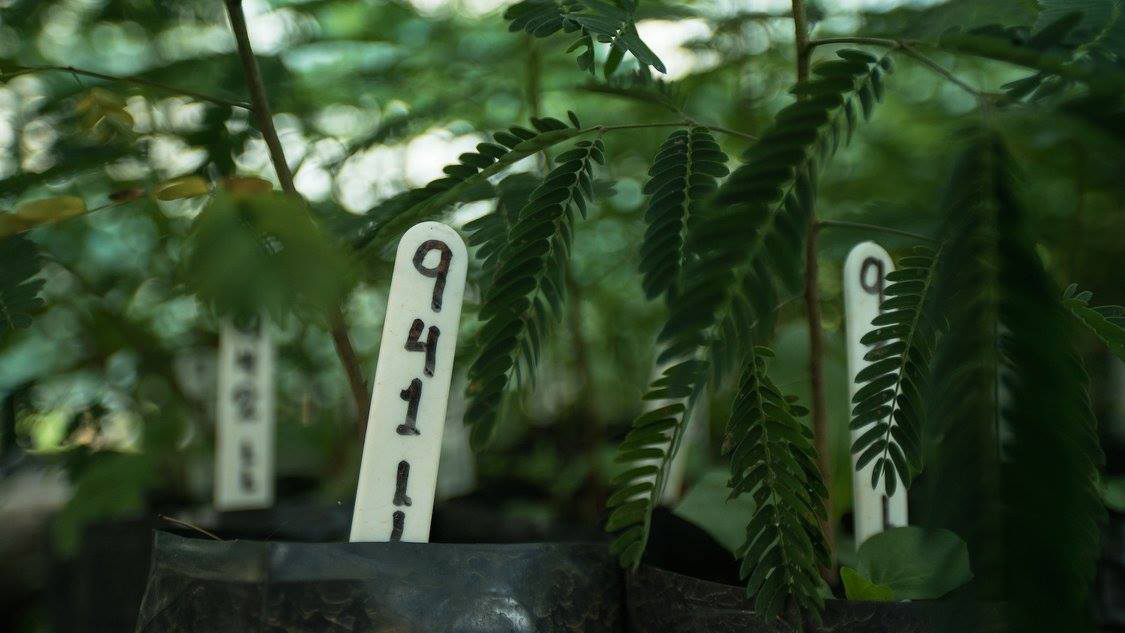 The tree nursery (locally known as a ‘vivero’)

Inga is one of the five candidate tree species we are assessing for their potential benefits to cattle farmers, but in the most biologically diverse place on the planet there is no shortage of candidates. Planting trees here could have a positive impact worldwide, by providing habitat for rare wildlife and by helping to reduce the potent greenhouse gas, carbon dioxide, from the atmosphere. Discovering the potential benefits of trees in farming systems is only the first step in a long journey. From here, farmers will need investment and technical support to establish these silvopastoral systems. In other parts of the world, where such systems have already been implemented, farmers are reaping the benefits.

This project is carried out with the support of two local universities and the local government institution that supports development of the cattle-farming sector in the region. There is a lot of work to be done to show that there is a bright future for cattle farming in the Amazon, but we are starting to show that this type of farming can provide benefits for us all.

« Is 7 seconds long enough to react to an earthquake?
Lyme: a disease of environmental change? »