Home › Blog › Fantastic Beasts and How to Clone them

Fantastic Beasts and How to Clone them

An artist’s depiction of a late Pleistocene landscape in northern Spain with woolly mammoths, equids, a woolly rhinoceros, and European cave lions with a reindeer carcass.
Image by Mauricio Antón used under a CC BY 2.5 license from Wikimedia commons.

Who wouldn’t love the opportunity to borrow a time-machine, go back in time and see some of the incredible species sadly extinct today? The idea of de-extinction – bringing extinct species back to life – offers a way to reverse the extinction process and counteract these past species losses. But how exactly might scientists achieve this?

The Woolly Mammoth has truly become the poster child for de-extinction. Debate continues as to whether human hunting or the abrupt climatic changes that occurred during the Holocene era, which began 10,000 years ago, were the true cause of their extinction. Either way, they seem to stir something in the public imagination as soon as the word ‘cloning’ is mentioned, and who can blame them? Every well-preserved carcass pulled from the Siberian permafrost conjures the image of these magnificent creatures, wandering their grassland ecosystems in a ‘Jurassic Park’-style camera shot. But who am I to talk? Naturally, I own the cuddly toy version.

This fame is something the Woolly Rhinoceros doesn’t seem to quite live up too. Yet both species are viable for de-extinction, along with the Aurochs, and the more recently extinct Dodo, Quagga, Thylacine and Passenger Pigeons.

In terms of the Woolly Mammoth, teams in both the USA and South Korea are currently at work on this mammoth task. Yet the interesting thing is, they are using different methods. As I’m in no way a geneticist, this is something that has often felt like an abstract concept. But as evolutionary biologist Beth Shapiro has helpfully explained in recent publications1,2 there are three main approaches which may be taken to make de-extinction possible.

One quick point though. All three methods emphasise the fact that unfortunately they will not produce a living, identical copy of an extinct individual, so let’s see instead what they could produce. 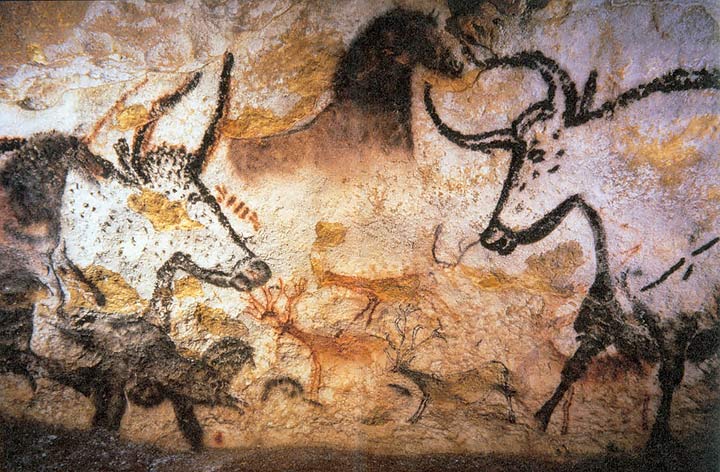 1. Back-Breeding is a form of selective breeding. This means that where an extinct species is closely related to a species still living today, extinct characteristics may be brought back by selecting for desired physical features or behaviours when breeding the living population.

Such features are called phenotypes, and represent the observable characteristics formed through the interaction of an individual’s genetic composition and their environment. Unfortunately, the phenotypes of the living species may be determined by different genes to those of the extinct species. This essentially means that offspring are not identical to the extinct individuals we are trying to re-create.

This happened in the 1920s when a German Zoo tried to recreate the Aurochs, which has been extinct for 2,000 years. Despite using back-breeding from closely related domestic cattle, the Heck cattle they produced lacked key traits of true Aurochs.

2. Interspecies cloning is the route opted for by the South Korean team, which hopes to produce exact genetic copies of the extinct Woolly Mammoth. Following a process known as ‘Somatic cell nuclear transfer’ (SCNT), cells of the extinct individual are fused with egg cells of a closely related donor, and reprogrammed so that the extinct genome is represented.

One of the big limitations here is that intact cells are required. As soon as an individual dies, DNA will begin to decay. Low-temperature environments such as permafrost provide the best conditions for DNA preservation, but cloning is still a much more difficult prospect for long-extinct species.

If the SCNT process is successful, a maternal surrogate is then required to carry the ‘clone’, an aspect which faces much criticism. If we take the example of the Woolly Mammoth, their closest living relative, the Asian Elephant, undergoes a 22-month pregnancy – high risk for both mother and calf. What’s more, during the rearing of young calves, the elephant’s diet and social behaviours may lead to the development of different phenotypes, again making the cloned offspring and the extinct species non-identical.

3. Finally, genetic engineering is the technique which Shapiro and the American scientists have the most faith in for de-extinction successes. Living species genomes can be edited to incorporate extinct species genes, by finding the differences between the two. Again, this process can be limited by incomplete ancient DNA samples – a full genome sequence of the extinct organism is needed.

Once the living cells have been edited, the SCNT process can be applied. The amount of editing required is linked to how closely related species are.

It is easy to see just what a task this is when you consider recent work from Harvard University. Compared to the Asian Elephant, Woolly Mammoth genes code for reduced sensitivity to heat, with at least 14 genes recognised for cold tolerance4. This is perhaps why some argue that it would be simpler to engineer an elephant capable of surviving cold temperatures, than a fully-grown mammoth.

This does beg the question, why are we attempting to bring species back from extinction, especially if they would be a modified version? The loss of species worldwide is not a phenomenon that is confined to the past – we are losing species now in what scientists are calling Earth’s 6th Mass Extinction event. When already struggling endangered species like the Asian Elephant or potentially even the Sumatran Rhinoceros are required for the surrogate process, would it not be a better idea to concentrate on conserving our currently endangered species?

Yet, this is unlikely to happen if the general conscious shifts to view extinction as no longer final but reversible4!

Just perhaps then, the Woolly Mammoth is best left as a cuddly toy.

« Where there’s a whale, there’s a way – rebuilding a Victorian whale
Welcome to Cohort 4 »